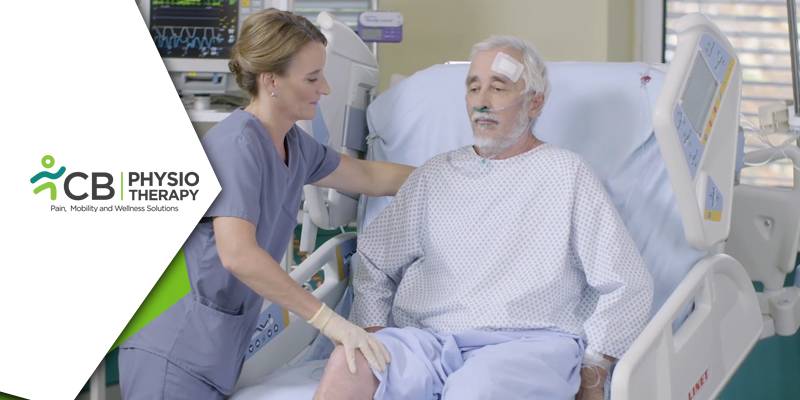 Patients who are critically ill, and spend time in an ICU, can develop muscle weakness and other problems. This can occur because of the illness that led to their admission to the ICU, the impact of ongoing health conditions, treatments associated with this illness, and their lack of movement while in the ICU. They may also have ongoing problems when they leave ICU such as an inability in doing daily activities like dressing, bathing, and mobility feeling depressed or anxious and having difficulty returning to work.

Early mobilization helps these people to move early in their ICU stay, would allow them to be better, able to look after themselves, be stronger and feel better about life.

Muscle injuries represent one of the most common traumas depending on the trauma mechanism these include laceration, contusion, and strain. The range of lesions varies from partial ruptures to complete ruptures of the muscle. The muscular tissue can regenerate. The process of healing consists of the regeneration of muscle fibers and the formation of a connective tissue scar.

The healing is also dependent on the vascularity and regeneration of intramuscular nerve branches. Immobilization and mobilization have a great impact on the recovery, the former being of importance initially by reducing the size of the injury and the latter later on by inducing greater granulation tissue production. Mobilization treatment is also a prerequisite for muscle fiber regeneration and achieving the original tensile properties of the muscle. Surgical intervention is occasionally required in complete ruptures to suture the ruptured ends of the muscle to apposition or evacuate the hematoma.

Mobilization is a manual technique used by physiotherapists to improve the mobility and function of the soft tissues, joints, muscles, ligaments, and tendons. Mobilization with movement (MWM), is a type of manual therapy which causes hypoalgesic effects. It increases joint ROM, and flexibility and enhances muscle function. Joint mobilizations are performed by the physiotherapist. The patient typically feels like a stretch. The technique is usually relatively pain-free, however, the pressure from the physiotherapist may be more tender in some areas compared to others. The patient may experience some soreness in the area surrounding the joint following a mobilization.

One should emphasize the benefits of structured postoperative mobilization. Early mobilization has the following benefits:

Modifiable barriers to early mobilization include lack of education and lack of resources, creating a culture that prioritizes preoperative physical activity and exercises during rehabilitation. Prolonged bed rest cause:

For any types of queries, contact us on updateui.info@gmail.com.